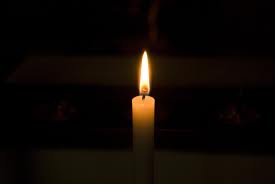 How very softly you tiptoed into our world, almost silently, only a moment you stayed. But what an imprint your footsteps have left upon our hearts.

The third meeting of the Apostille Convention’s Special Commission on the practical operation of the Hague Convention on Abolishing the Requirement of Legalization for Foreign Public Documents was held during November 6~9, 2012. Over 160 experts from 75 States and international organizations attended the meeting.

Of all conventions ratified by the Hague Convention, the Apostille Convention has been the most widely ratified (with 104 Contracting States). This is mainly due to Apostille’s relevance with people’s daily lives as well as cross-border business. The Convention has simplified the process of producing public documents abroad, including civil status certificates and notarial acts, as well as facilitate the circulation of public documents issued by one Contracting State for use in another, thus gaining extreme popularity throughout the world.

Currently, more than 150 Competent Authorities throughout 15 Contracting States have already implemented at least one of the components of the Apostille Convention. Furthermore, thousands of e-Apostilles have been issued.

On September 7, 2012, Nicaragua filed its instrument of accession with the Hague Convention of October 5, 1961 Abolishing the Requirement of Legalization for Public Documents. It will become the 104th Contracting State and become effective on May 14, 2013.  As a result, you are now able to get a Georgia Apostille certificate for Nicaragua.

Following in the footsteps of Oman and Uzbekistan is Uruguay, which filed its instrument of accession on February 9, 2012, and became the 103rd Contracting State of the Hague Convention of October 5, 1961 Abolishing the Requirement of Legalization for Foreign Public Documents. The Convention becomes effective starting on October 14, 2012.  Georgia Apostilles will be available at this time.

After filing its instrument of accession, Uzbekistan became the 102nd Contracting State of the Hague Convention of October 5, 1961 Abolishing the Requirement of Legalization for Foreign Public Documents. The Convention will enter into force as of April 15, 2012.  As a result, you are now able to get a  Georgia Certificate of Authentication (or Apostille) for Uzbkeistan.